The 2008 global economic crisis, the result of financial liberalization, brought the world to the brink. There have been multiple experiences of mobilization, anywhere on the planet, using the internet, social networks and the new ICTs as virtuous instruments for the organization, coordination and dissemination of protests, finding two of their most common manifestations in the United States. visible: the Occupy Wall Street movement and the so-called Baltimore riots, as part of a set of protests led by the African-American community as a result of the existing inequality between racial communities. 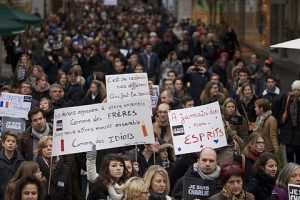 The objective of this research is to know how both experiences of mobilization are interconnected thanks to the Internet and new ICTs, influencing one on the other in a global way, sharing a deep criticism against democratic practices that are no longer perceived as representative by a large part of the citizenry; and to a capitalist economy that is impoverishing the majority of citizens while enriching a minority.

In the new social movements resulting from the 2008 financial crisis (Iceland, Tunisia, Occupy or 15-M, among others), the Internet, new ICTs and social networks have been essential instruments for the coordination, organization and dissemination of protests, as a preliminary step in the occupation of physical spaces and in the mobilizing dynamics lived in them.

Internet as a virtuous example of the great capacity for empowerment in society, capable of finding on the Internet vehicles for information, the creation of solidarity networks and the launching of protest actions. In all these experiences of mobilization there is a leap from the virtual to the real, without interference from political parties, unions or other traditional organizations, in addition to having a horizontal structure without leaders, typical of the internet.

Crossing the Atlantic, in New York City and coinciding with the anniversary of the signing of the United States Constitution, on September 17, 2011 thousands of citizens occupied, following the example of the Spanish 15-M movement, Zuccotti Park, alongside Wall Street, showing the outrage of much of American society for a political system controlled by money.

Heir to Occupy Wall Street and as a result of the inequality between racial communities in the United States, we move to the streets of Baltimore, as an example or symbol of the racism that exists in this country. In 2015, Freddie Gray, a young African American arrested in Baltimore, suffered a serious spinal injury while in police custody, dying days later. What could be another example of police violence, in one of the most unequal cities on the East Coast, became the reason for thousands of protesters, mostly African American, to mobilize in violent riots against prejudice and abuse of security forces. In the same way as in other mobilization experiences, it was the recording of the moment of arrest, disseminated through social networks, which triggered the protests. Social networks, allied to the new ICTs, have become witnesses to the numerous abuses that the African-American community suffers in the United States. 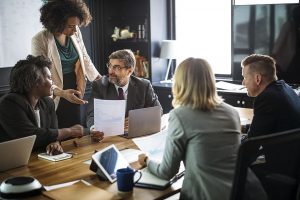 Digital networks have driven in the field of history the growing interest in addressing other expressions of network phenomena: those made up of social, political, cultural, sociability, circulation of symbolic capital networks … Networks that have had a presence very long temporal, composing very complex and dense frames and nodes. The same would occur with global phenomena from that position of historical reflexivity, which has led to propose analyzes interested in clearing the dynamics of hegemony, dialogue, integration and hybridization.

The research has been developed through a methodology focused on the compilation, selection and qualitative analysis of a wide corpus of printed materials, both primary and secondary. The bulk of the literature consulted in this research is divided between theoretical or interpretative contributions, which offer us a general vision (be it political, economic or social) of the events narrated, and case studies linked in a concrete and singular way to the experiences of mobilization investigated.